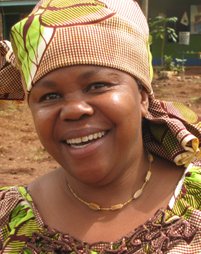 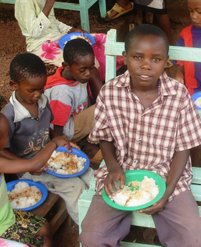 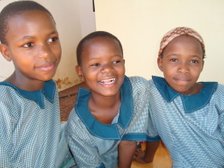 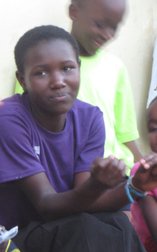 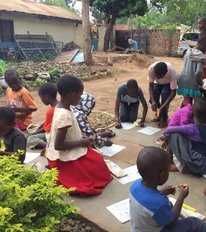 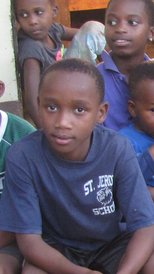 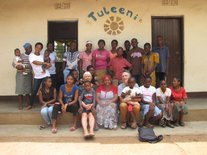 Mama Faraji (58 years of age), or Flaria Felix Faraji which is her full name, became an orphan herself at an early age. She grew up with her grandmother in a village at the food of the Kilimanjaro in Northern Tanzania. She was not the only orphan, her grandmother took care of several children whose parents could not care for them. But Grandmother could only afford to send one of the children to school, and Flaria was her choice. Flaria grabbed this opportunity and managed eventually to become a teacher.

Up to around 2001, Flaria lived in a small house in Moshi with her husband, her five children and a foster child, and her father-in-law. Very soon they grew in numbers in that little house. At the beginning, they were children of relatives and neighbours who had lost their parents, many of AIDS. In 2006, when we met her, Flaria had 13 children in her care in addition to her own. Now, twelve years later, she is “Mama” for more than 100 children, youngsters and young adults. Up till 2017 she worked full time as a primary school teacher.

The need and poverty in Moshi , and especially in the surrounding villages are great, and it did not take long before Mama Faraji took more orphans under her wings . Their small house became too crowded, and she had to rent a bigger house with more rooms in the neighbourhood. In 2009, Tuleeni Orphans Home was registered as a Non-Governmental Organisation (an NGO) and is run as a foundation with its own board of trustees and with Mama Faraji as the leader of the organisation. In 2016, a part of Tuleeni could move into a new building in the village Uru, outside Moshi. Ass this has been possible thanks to the financial support Tuleeni has received from friends in Norway and other countries. Tuleeni does not receive any government support in Tanzania.

Tuleeni Orphans Home is the home of children who would otherwise have been homeless and with extremely limited chances in life. Here the children have a safe place to stay where they receive food, clothes and good health care, education and not least, love and care. Some of the children who constituted the first generation children in the orphanage have moved out now, or study or go to school other places, and new children have been added. But they all come home to Tuleeni for Christmas to celebrate with Mama Faraji who is Mama for them all, big and small.

But Tuleeni Oprhans Home is more than a home for children who have no one else to look after them. About 30 children in local community receive help and support from Tuleeni where they live. Some live with their own family, others live with relatives or in a foster home. Most of the families are destitute. Tuleeni follow up these families and cover the most necessary expenses for the children’s education.

Another initiative of Tuleeni Orphans Home is a programme for teenagers in the local community who are without a school place or a job and who are in danger of falling totally outside the society. Many of the teenagers come from socially disadvantaged families and grow up under very difficult conditions with neglect, violence, sexual abuse and substance abuse.

They meet at the orphanage five days a week. The objective is to get some structure in their lives and a good rhythm of the day, learn practical work and build self-confidence. The programme has become very popular. The majority of the youngsters have to walk two hours each way every day to join the programme.

The children Mama Faraji has taken under her wings are the most vulnerable in society. They come from unspeakably poor backgrounds which are characterized by illness and death (HIV/AIDS), unemployment and social problems in an impoverished society. For the children at Tuleeni, coming to the orphanage means being saved from a life in extreme poverty and without a future.

Education is the way out of poverty

As a teacher, Mama Faraji emphasizes the necessity of going to good schools and receiving a proper education for the children according to their capabilities and interests. She requires that there is good order and that the children do their homework properly. With help from donors, among other, Friends of Tuleeni Children in Norway (Tuleeni Norge), she tries to get as many of the children as possible into educational pathways that can give them a future. Many of the oldest children we met the first time we were there, are now young adults. Almost everyone has succeeded in getting an education, and many of them stand on their own feet and can be resources in society. Some of the eldest children work for the orphanage; they are part of Mama Faraji’s management team with important roles and areas of responsibilities in the daily operations.

TULEENI NORGE - Friends of Tuleeni Children is an NGO that works for a brighter and safter future for the children at Tuleeni Orphans Home in Moshi in Tanzania. The work has been going on since 2006 after Anne Sine and Peter van Marion visited Tanzania. Today, three generations of the van Marion family and many friends, family, neighbours and colleagues are enganged in supporting Tuleeni. TULEENI NORGE spreads information about Tuleeni Orphans Home through lectures, information brochures and newsletters. The money is collected through fundraising, fleemarket, benefit concert and so on, and as gifts from private donors, companies, schools and organisations etc., both as onetime gifts or as monthly donations. All money that comes in is sent in full to Tuleeni Orphans Home. TULEENI NORGE is registered as an NGO under the name Friends of Tuleeni Children, org.no. 920566744.

What are the needs?

Till now, the monthly transactions from Norway cover about half of the financial needs at Tuleeni. The money we have sent is spent on food, clothes and the children’s health, rental costs of buildings and of fields for growing maize and beans, as well as school fees. Another important donor has also contributed financially during the past few years, but this donor is now about to build up an own school and will gradually reduce the contributions to Tuleeni. Our objective is to gradually increase the Norwegian contributions to Tuleeni so the activities at the orphanage can carry on at the same level as today and stay sustainable. This means that the money will still be spent on food, clothes, health services and not the least, education, as well as the other expenses the Norwegian donations have covered till now. In addition, Mama Faraji has a strong wish of being able to buy a mini bus or the like. This is necessary to secure safe transportation of the children to and from school. Additionally, it gives extra security in emergency situations, like if some of the children get ill, or if something else should happen to the children, especially during the nights. The orphanage is situated far from the schools they attend as well as the hospital.

Our goal is to collect so much money as possible to the orphanage through one-time donations and regular monthly contributions. We wish that the money that comes in through TULEENI NORGE - Friends of Tuleeni Children will create financial security and predictability for Mama Faraji and her co-workers. This means they can run the orphanage with a long-term perspective and planning, that they can spend the money on maintenance and necessary equipment and aids, if possible buy the long awaited mini bus(!), and among other things, dare to send more of the children into quality educations even if this means expenses for many years ahead.

If you would you like to support Tuleeni, send your donation to: 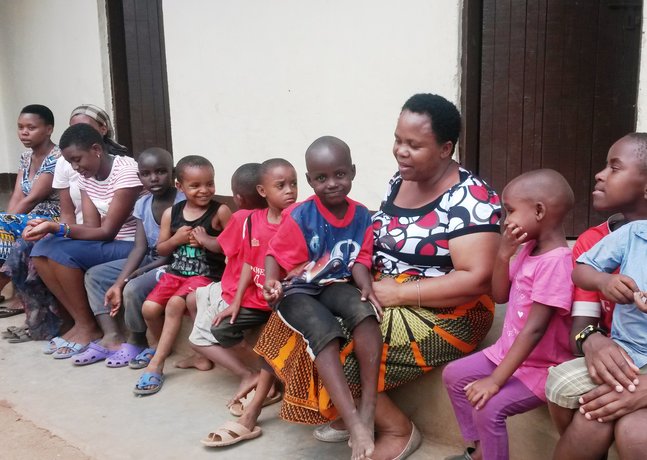